Simulcation Datacenter, a ground-breaking new way for IT professionals to challenge their skills through simulation, launched earlier this year. To celebrate the launch, we’ve created a stunning digital watch face proudly featuring the Simulcation logo.

Available for Android Wear and Tizen, you’ll see all the usual functions you know and love – the digital time and date, weather icons, temperature, battery percentage, and daily step count – all in ‘Simulcation style’.

Debuted at an IBM TSS event in Germany on 17 May, Simulcation Datacenter is currently being previewed by a select group of IBMers and Business Partners. We’re excited to release Simulcation Datacenter globally later this year – you can preregister now to be among the first to experience your own virtual datacenter.


We believe learning shouldn’t be laborious. Simulcation Datacenter is an engaging, competitive environment that simulates the complex challenges faced on a daily basis by IT infrastructure professionals. Preregister now to be one of the first to experience it – or contact us to find out more.
at July 24, 2017 No comments:

Three recent datacenter disasters – and how to prevent your own 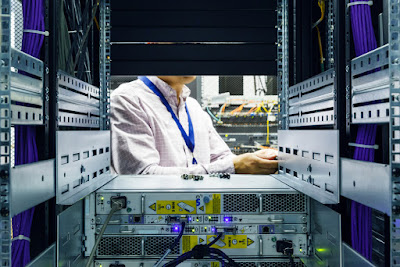 In May, British Airways became the latest household name to defend itself over a major outage that led to chaos for thousands of travellers over the May bank holiday weekend.

Datacenters – particularly those operating for businesses with large numbers of customers – are inherently risky. Most are vulnerable to human error, software or hardware quirks, theft and cyber attacks, or even natural disasters. Let’s take a look at three prominent examples, starting with BA.

BA originally attributed the global failures of its ticketing, baggae handling and operational systems to a power surge. In actual fact, it was the mistaken actions of a single datacenter employee that led to the cancellation of around 800 flights from London Gatwick and Heathrow airports on one of the busiest weekends of the year. An internal investigation revealed that no IT failure occurred and that all software ran without issue. An act of human error is estimated to cost BA approximately €61m (CHF 66.93m) in compensation.

BA might be exceptional in the scale of the effects of their downtime, but they are not alone in experiencing outage problems. In 2016, Delta was forced to cancel thousands of flights, and, more recently, Lufthansa and Air France were briefly unable to board passengers due to global systems failures.

The theft of switch equipment from a Vodafone datacenter in Basingstoke, UK left hundreds of thousands of customers without calls, texts or mobile internet services in February 2011.

Theft is a common threat to datacenter operations. Other notable examples include the ‘Ocean’s 11’ datacenter robbery in London, where thieves disguised as police officers stole over $4m (CHF 3.84m) in Verizon equipment in 2007. And, in 2008, the Financial Times’ website was taken down by the theft of datacenter components at a Cable & Wireless site in Watford, UK.

Buzzfeed, the Huffington Post, Gawker and Gizmodo fell victim to Hurricane Sandy in 2012 when the basement of AT&T’s global network operations center (GNOC) in New Jersey, USA was flooded during the storm. Proving that no location is completely safe from natural disasters, the location was chosen in part due to the low likelihood of hurricanes and earthquakes.

Storms have also been the source of outages for HBOS, a UK banking group, which left customers unable to use ATMs or access their accounts online for six hours in November 2009.

Datacenter managers must be simultaneously proactive – prepared for perceived risks – and reactive – ready to respond to the unknown. According to their cloud product manager, Google even coat their trans-Pacific underwater cables in Kevlar to protect against shark attacks.

It’s impossible to plan for all the risks, as all the examples above have shown. You can, however, take steps to make sure your staff are kept up to date on their product knowledge. That’s where simulation comes in.

Previously reserved for surgeons, pilots and astronauts, simulation technology is becoming increasingly available to other industries. Simulcation Datacenter is the result of a ground-breaking partnership with IBM, empowering IT staff to experiment with their decisions and test-drive leading architecture in an engaging environment. Preregister now to be one of the first to receive an account.


About SimulcationWe believe learning shouldn’t be laborious. Simulcation Datacenter is an engaging, competitive environment that simulates the complex challenges faced on a daily basis by IT infrastructure professionals. Preregister now to be one of the first to experience it – or contact us to find out more.

We’re thrilled to announce that Simulcation is now available in 11 global languages.  That opens the door for more people – from Indonesi...